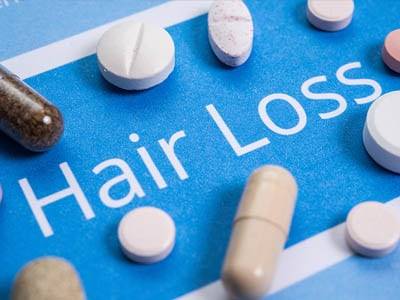 Finasteride 1mg side effects have been well documented. In fact, the FDA has warned patients to be aware of the side effects of Finasteride, both short and long term. This warning comes in the wake of a number of studies on the popular hair loss drug, the most highly-publicized of which demonstrated that men might be at risk for long term sexual side effects both during and long after the use. Read more about Finasteride 1mg side effects in this article, and take note of the hair loss treatment alternatives that are available to men who do not wish to gamble sexual health for thicker hair.er.

What is Finasteride 1mg?

Finasteride 1mg did not begin as a hair loss medication. In 1992, the FDA approved Finasteride for the treatment of enlarged prostate. In clinical trials, researchers noticed that Finasteride had an ability to stop the progression of pattern baldness by acting as a DHT inhibitor. By inhibiting DHT, Finasteride helps hair follicles from falling into the prolonged "resting phase" that can eventually lead to hair miniaturization and pattern baldness.

The DHT-inhibiting property of Finasteride is not without its potential downfall, however. Although a casual link has not been established, researchers now believe the DHT-inhibiting ability of Finasteride also comes with certain sexual side effects. Side effects may include erectile dysfunction, decrease in sperm motility, and generally impaired function of the sex organs. Some researchers are quick to warn patients that more studies are needed before anyone can definitively say that Finasteride 1mg side effects include long term sexual dysfunction. Nevertheless, the FDA encourages all physicians who prescribe Finasteride 1mg to advise patients of the potential side effects associated with taking the drug. In the fight to stop the progression of pattern baldness, men have at least 3 well documented alternatives to Finasteride 1mg that are not associated with any side effects. They include:

For more information on alternative hair loss treatments, readers are invited to read the following article on Alternatives to Propecia® for Hair Loss.

To learn more about hair loss treatment with the Capillus family of FDA cleared laser caps, visit our online store or call Capillus Customer Service at 1 (877) 400-1426.