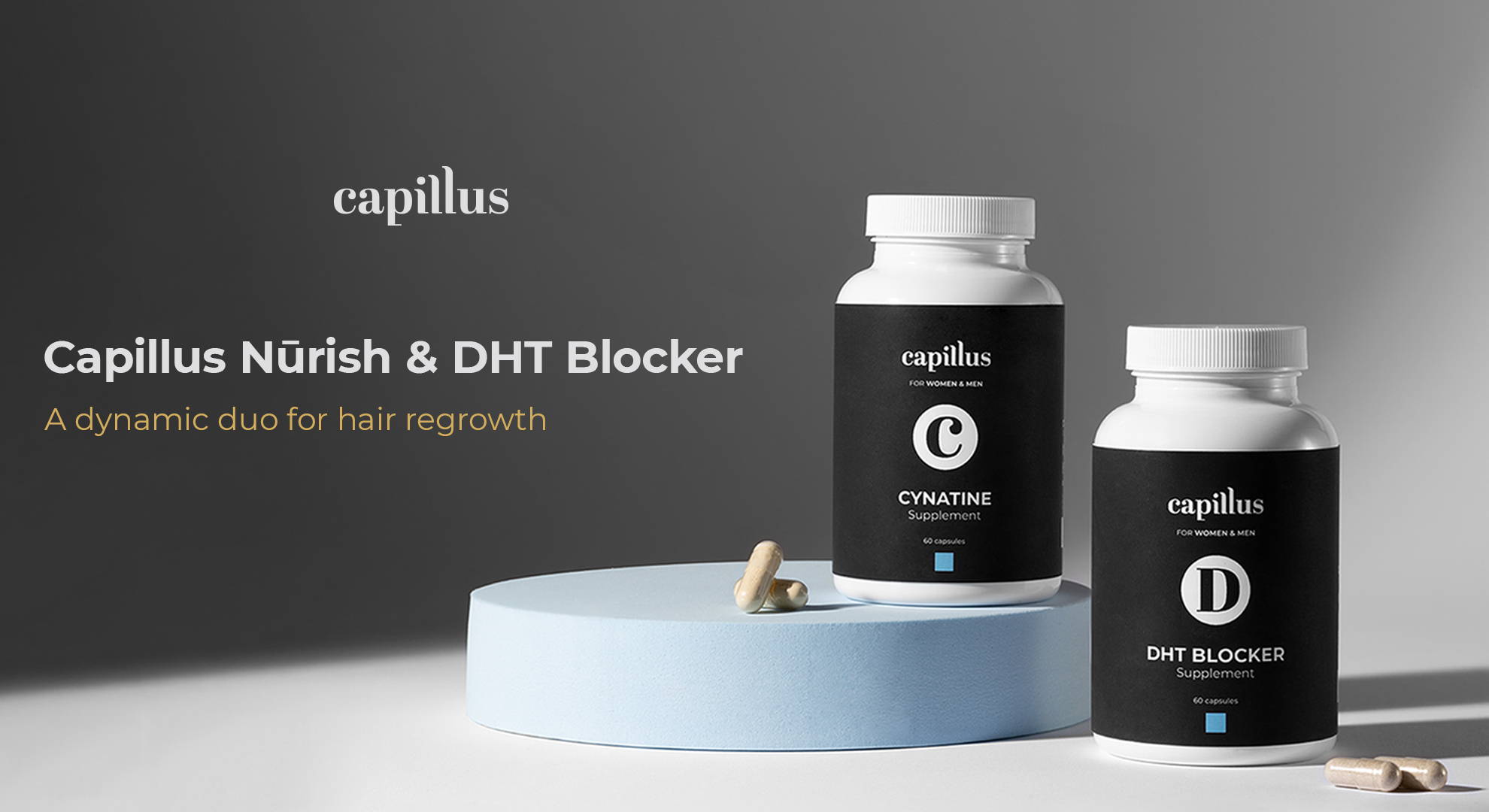 There are plenty of options when searching for hair loss treatments. Treatments can range from laser devices that stimulate your hair follicles, to the topic of today’s blog - oral supplements.

Boost your confidence within, with oral supplements that take on hair loss.

Both the Capillus Nūrish and DHT Blocker work in tandem to help tackle thinning hair from within, traveling right to the source. By taking both every day, you may start to see real growth over the next few months. 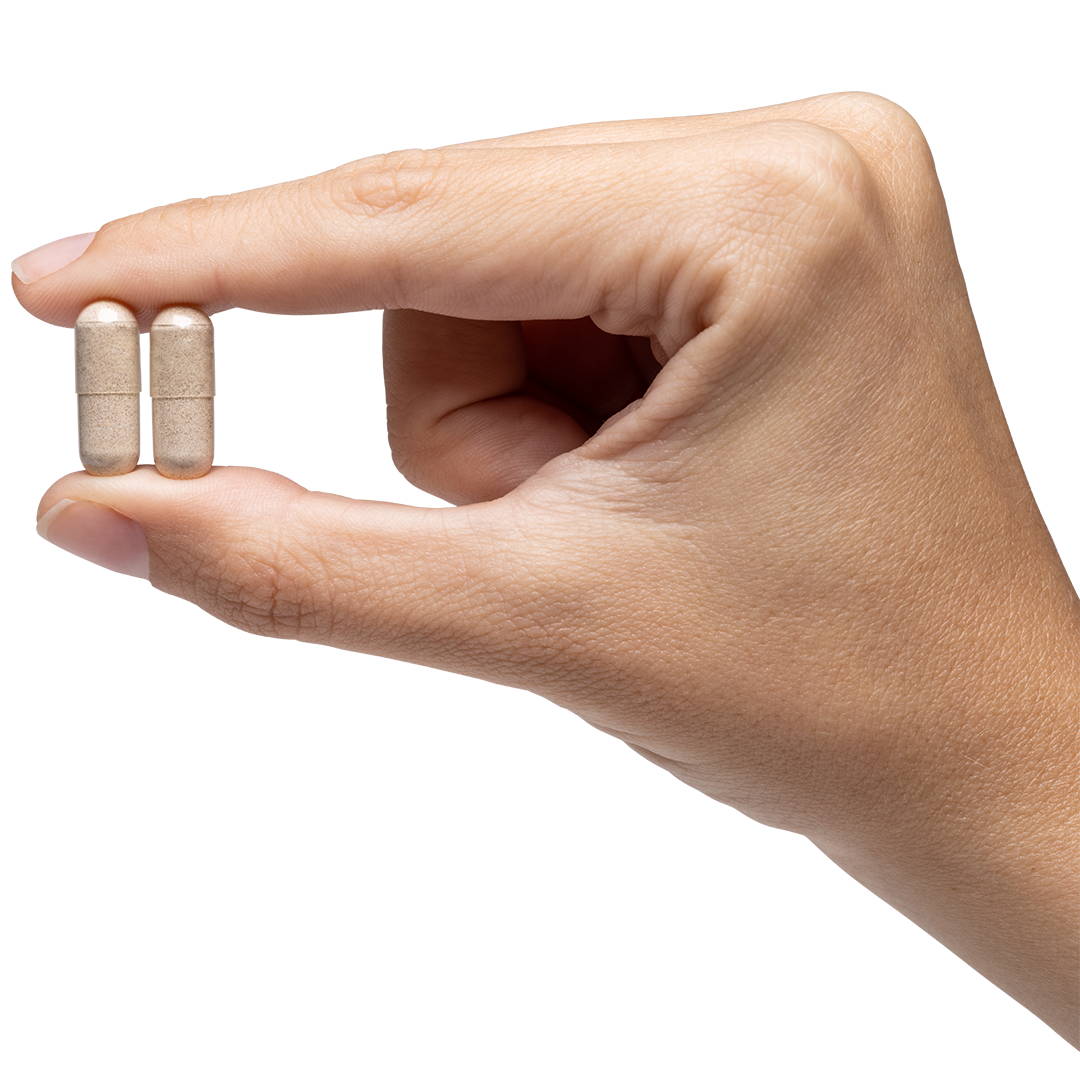 So, what is Cynatine HNS? Developed by Roxlor, Cynatine is a revolutionary cosmeceutical ingredient which helps protect and repair damaged hair.

Made from Solubilized Keratin, which is a protein that is found naturally in the body. However, over time your body begins to produce less keratin, which could potentially cause hair loss. That is where Cynatine HNS comes in, which has been shown to deliver soluble keratin directly where your body needs it most – like your hair.

Cynatine, as an ingredient, has been shown to have a variety of health benefits for hair growth, such as...

By taking Capillus Nūrish twice a day during meals, you may start to see visible hair growth ovet the course of 3 to 6 months. Cynatine has been shown to be effective at 500mg per day.

Let's meet some of the ingredients. 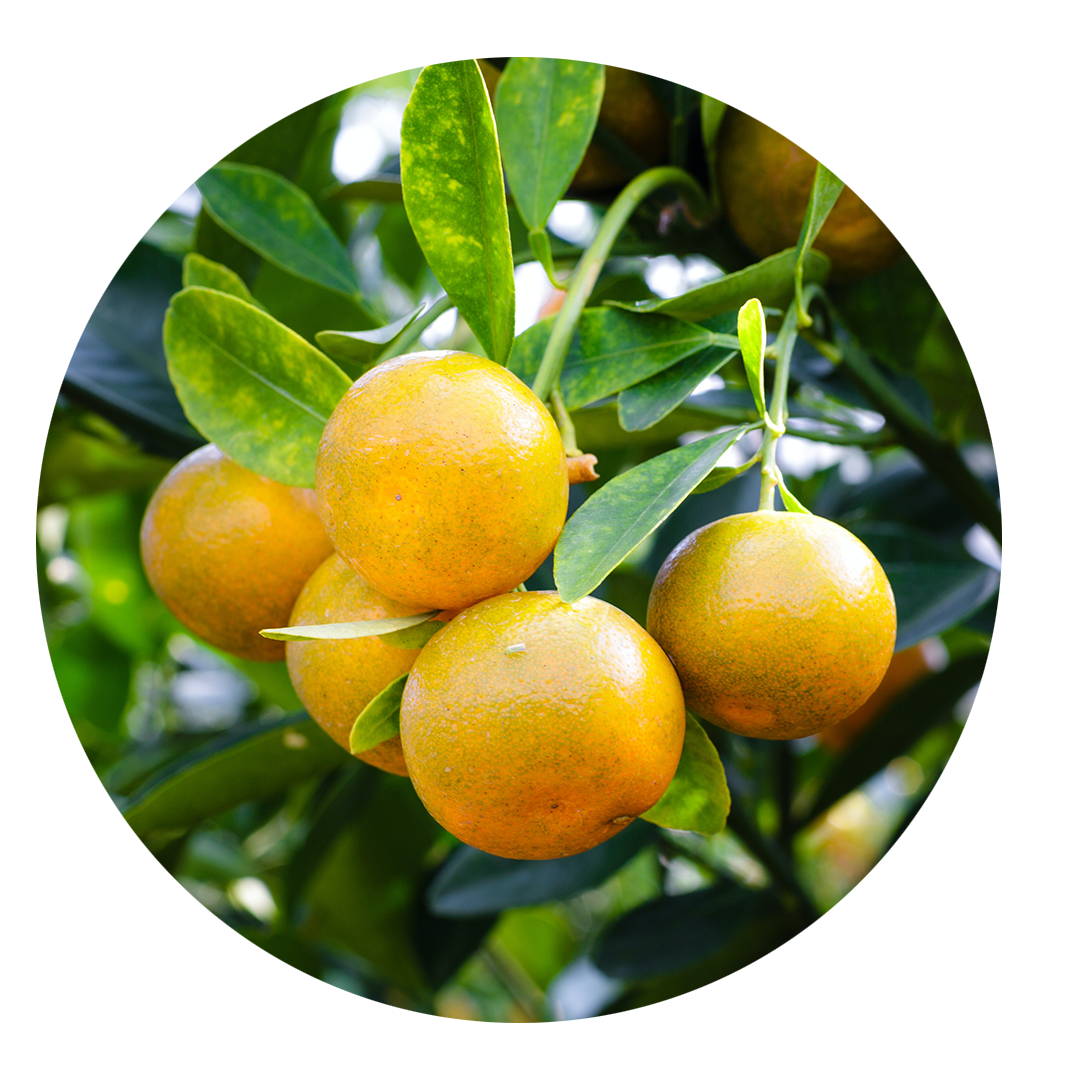 Can help reduce hair loss by aiding in the process of collagen generation.

Helps improve blood flow which allows for more essential nutrients to reach the hair follicle for the creation of new hair. 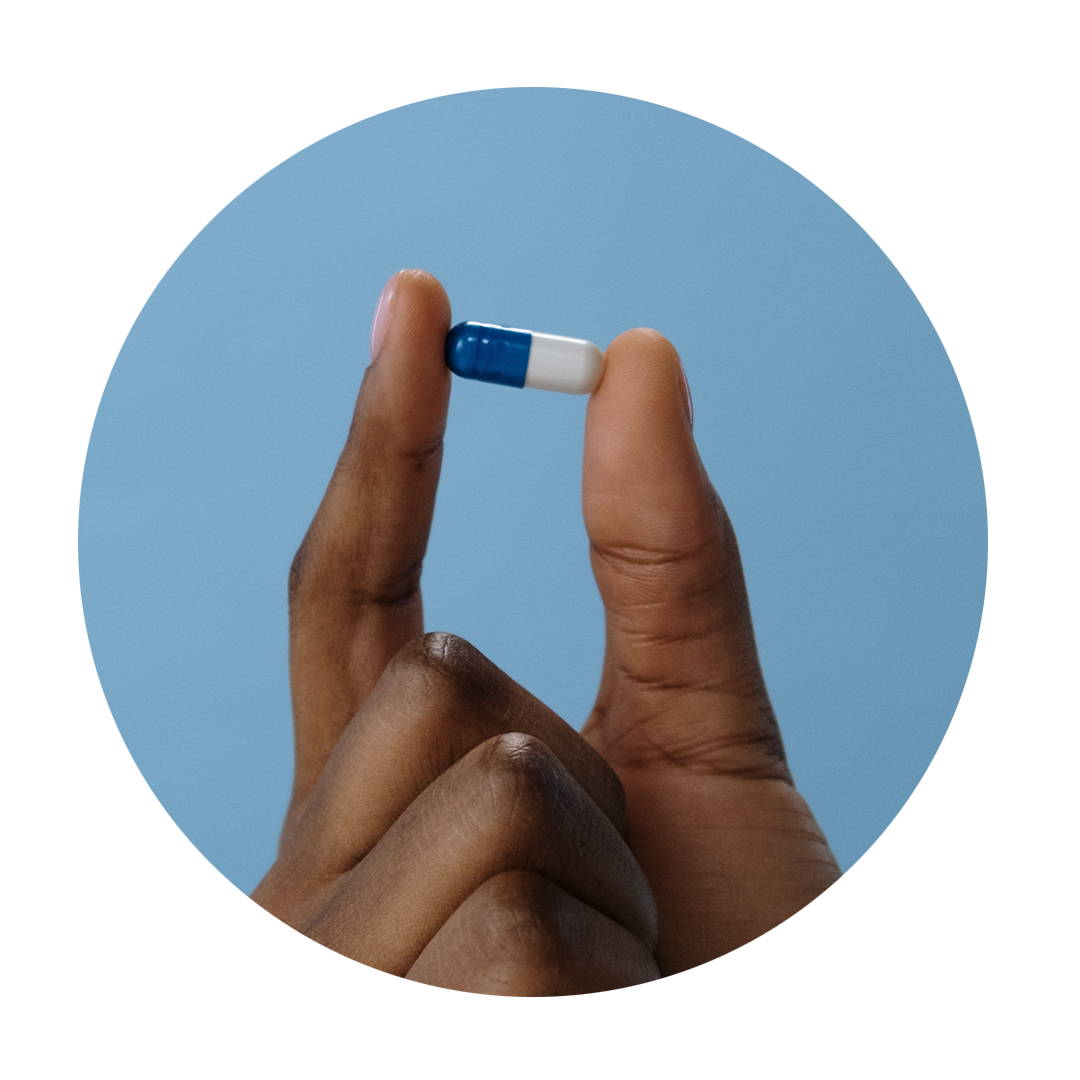 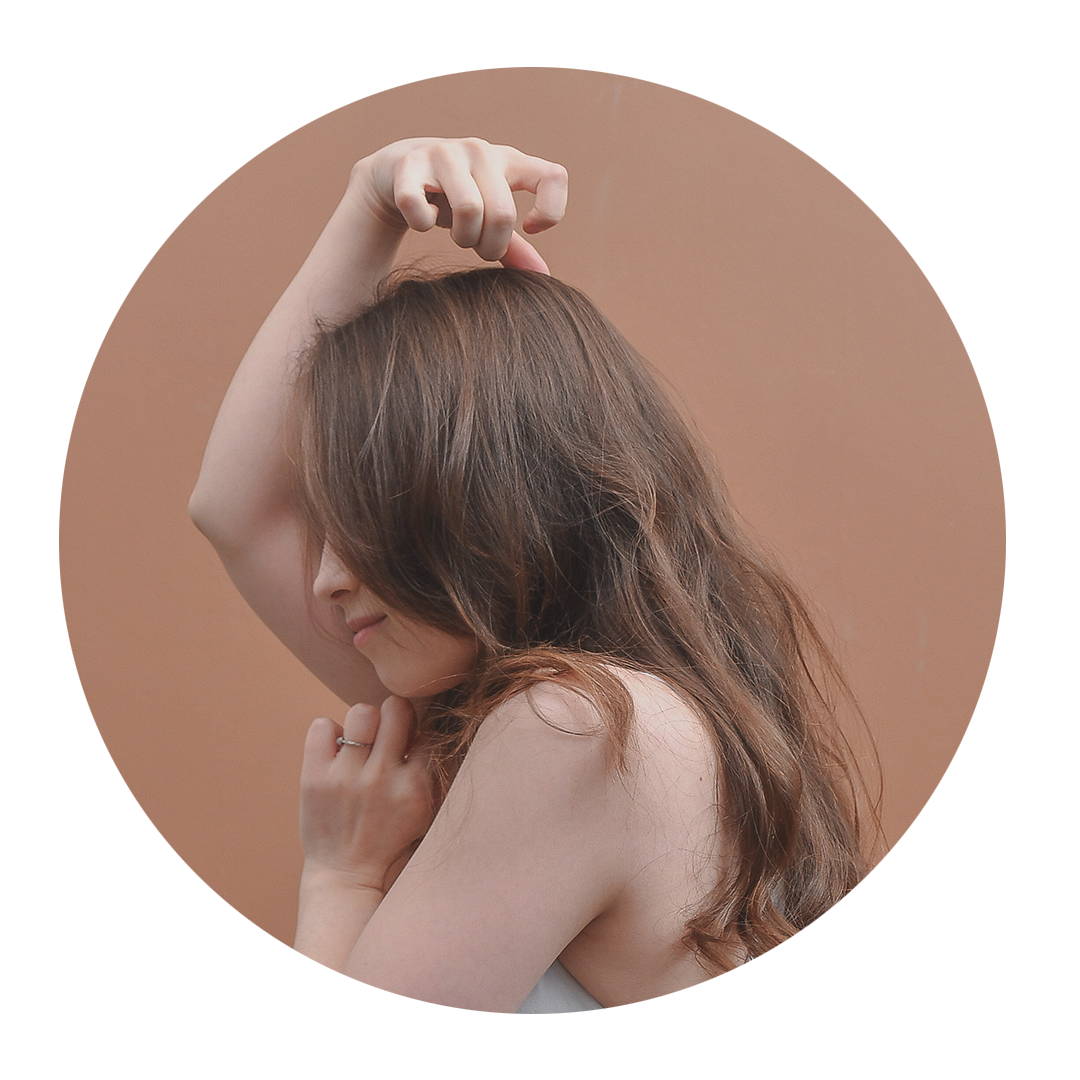 Keratin is the protein that makes up your hair, nails, and skin.

Can help in the keratin production process. 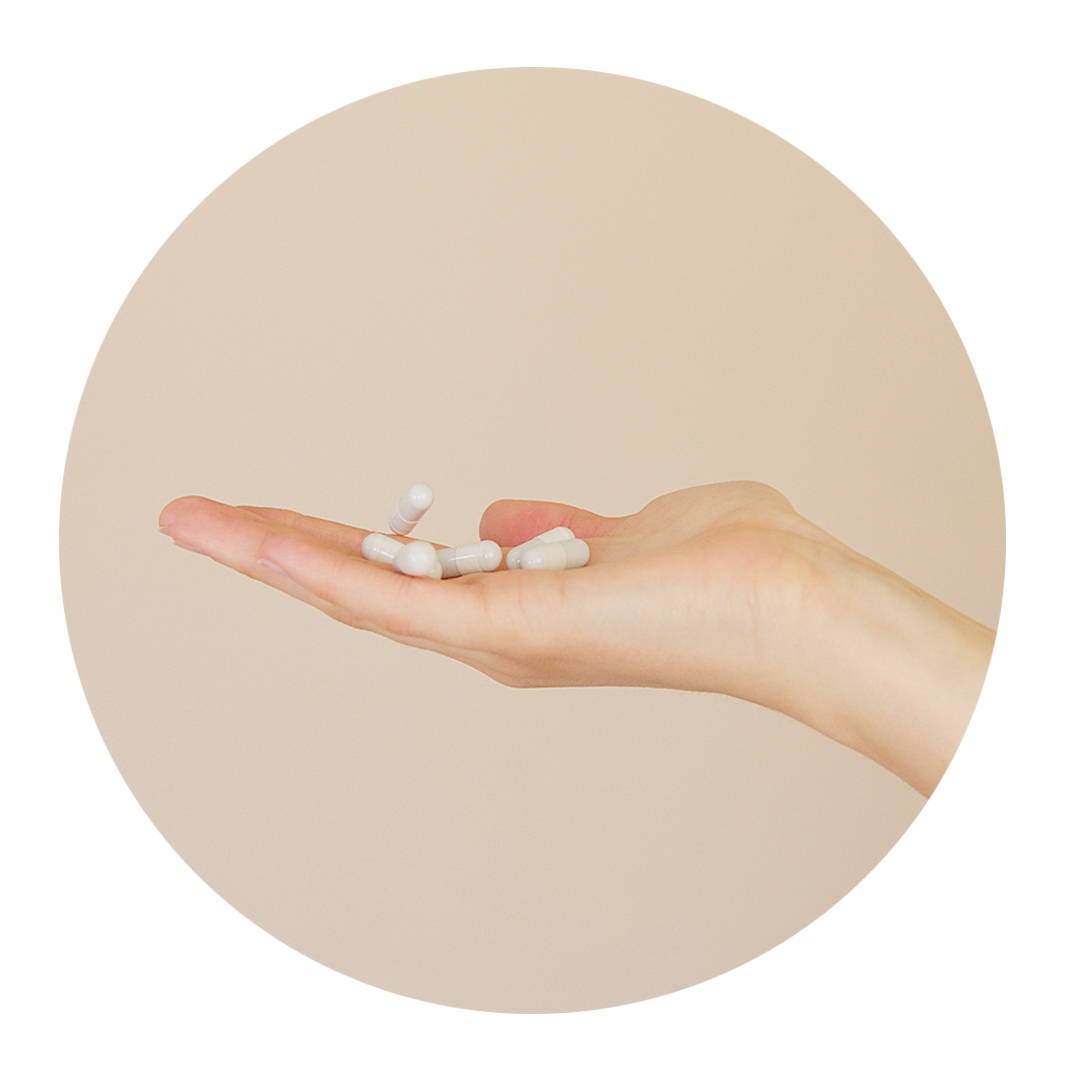 What are DHT Blockers?

In the fight against hair loss, doctors have tackled the problem from many different angles. One such treatment is directly influencing the very process that causes miniaturization, such as what DHT aims to do.

Dihydrotestosterone, or DHT, is one of the culprits behind androgenetic alopecia. DHT is what is known as an androgen, which is a sex hormone found in men that directly influences hair growth – and in this case hair loss too.

DHT is a byproduct of bodily process from testosterone. Unregulated, high amounts of DHT in the body can cause a process called miniaturization. This process progressively shrinks the hair follicle until it can no longer generate strong and healthy hair. Eventually, the hair follicle shrinks to a point where no more hair will grow – resulting in balding.

There are several ways to reduce the amount of DHT your body produces, from over-the-counter medications like minoxidil, to prescription-based finasteride. For the Capillus DHT Blocker, the ingredients within have been shown to inhibit DHT, helping stop further hair loss.

Let's meet some of the ingredients.

Helps block 5-alpha-reductase, which is one of the culprits behind the generation of DHT. 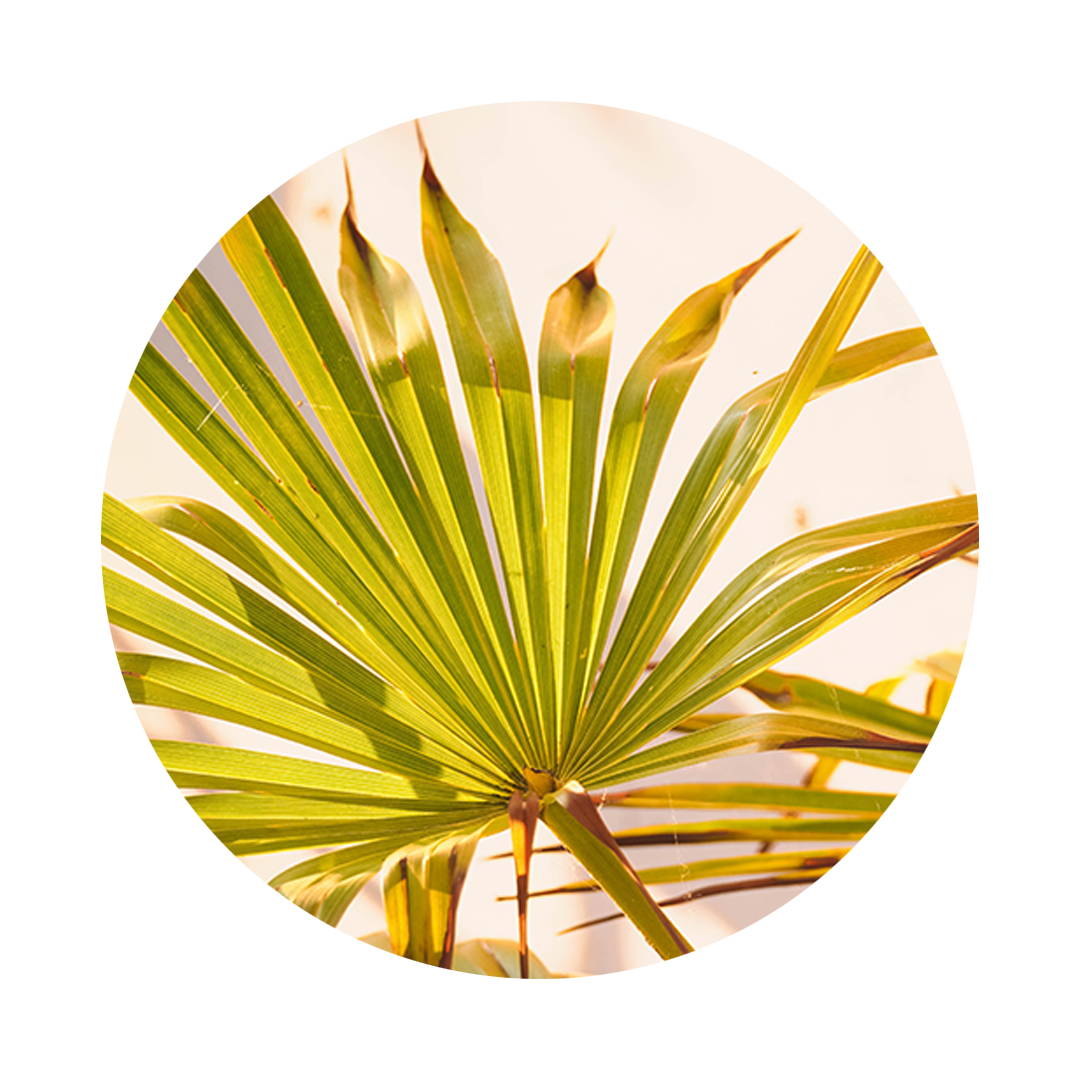 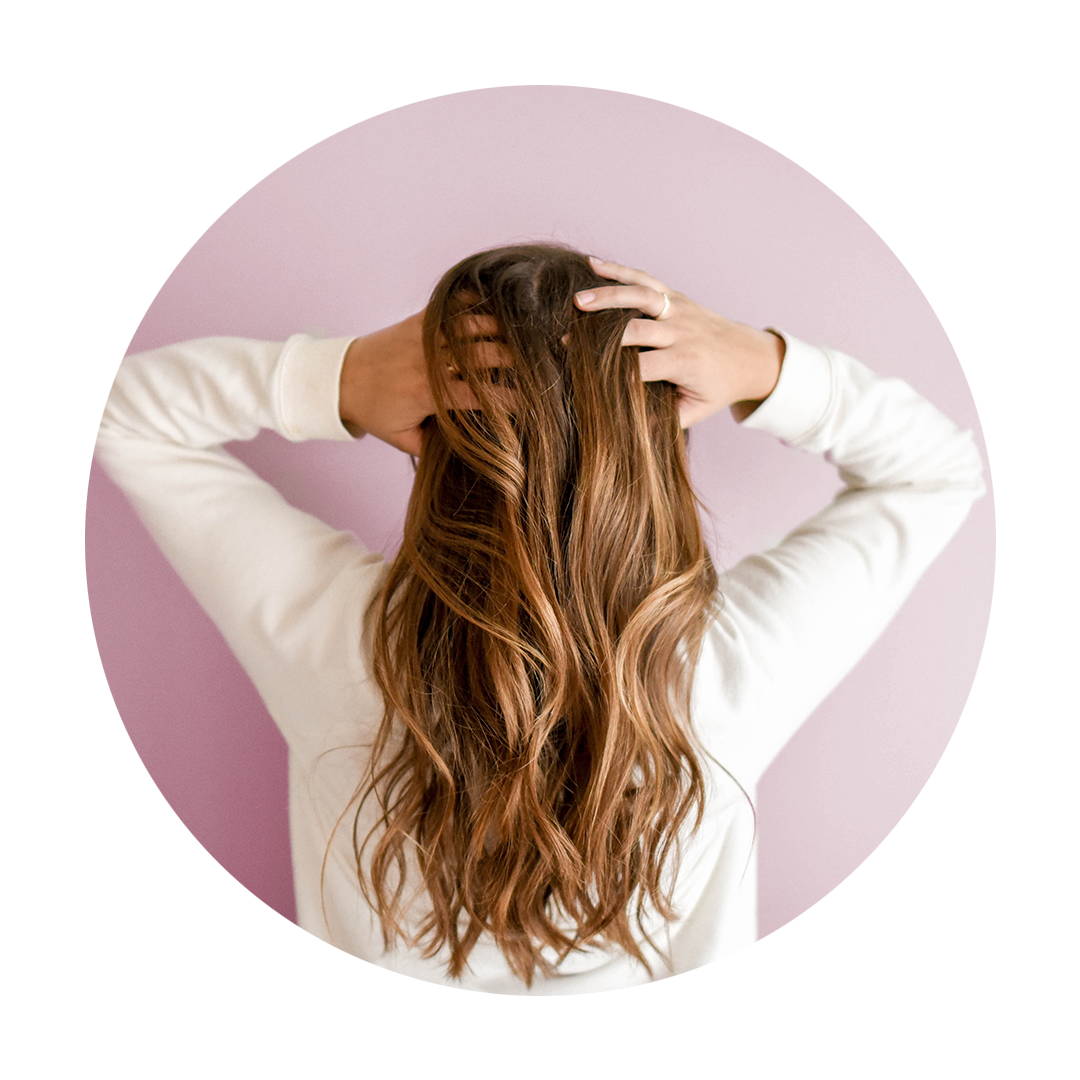 Keratin is the protein that makes up your hair, nails, and skin.

Can increase blood circulation and promote a quicker transition from the telogen phase to the anagen phase. 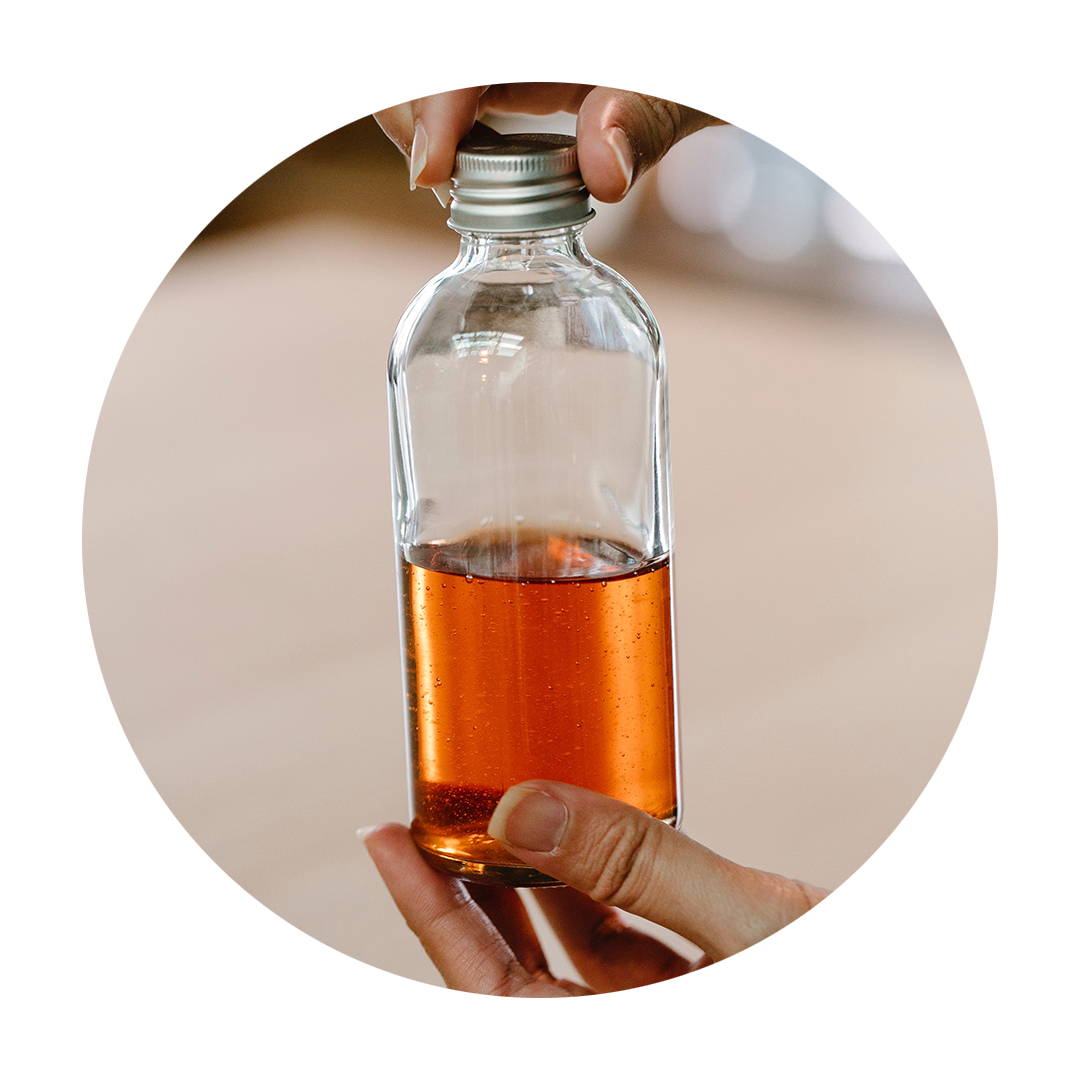 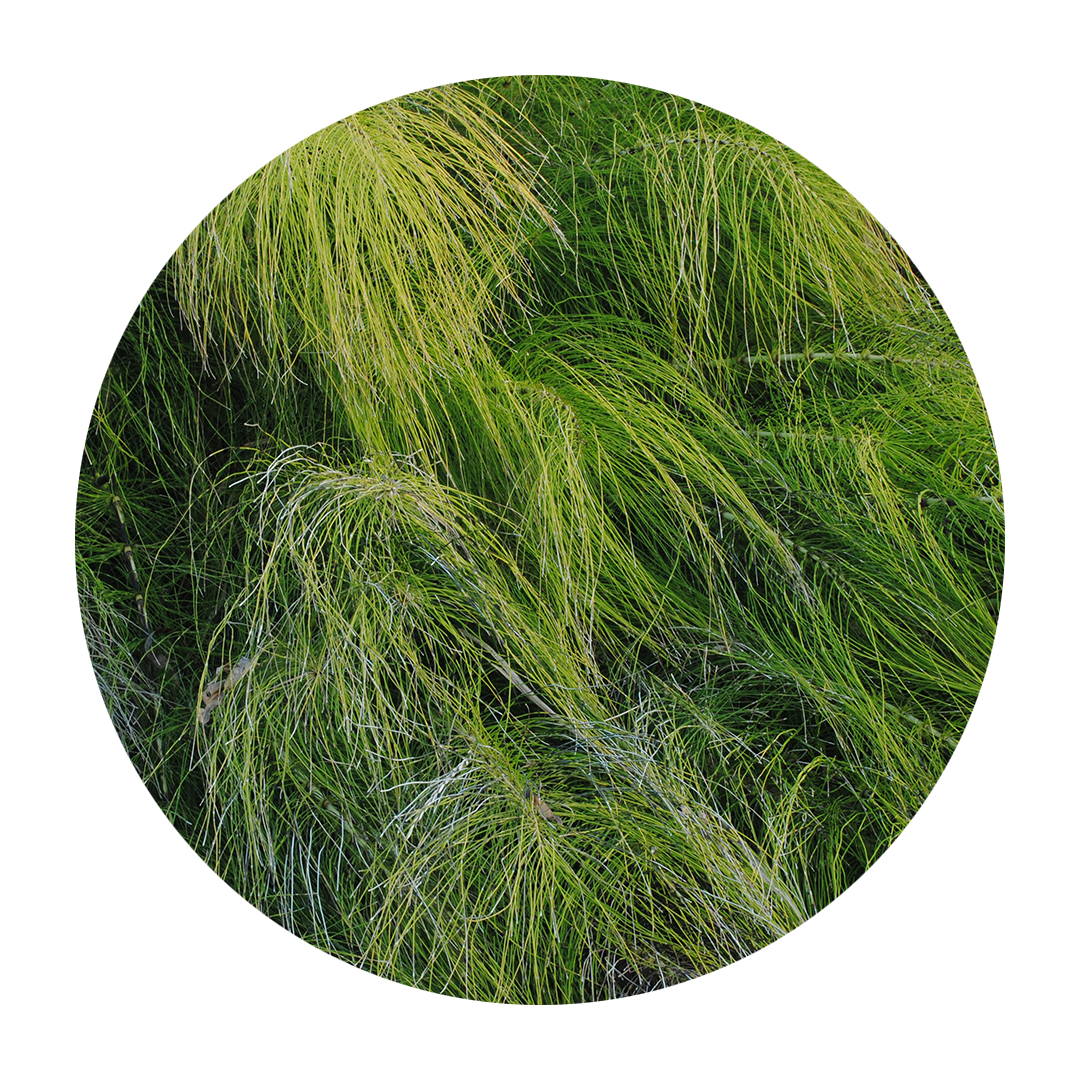 Contains silica which has been shown to strengthen hair and deliver essential nutrients to your hair follicles.

Ready to get started? 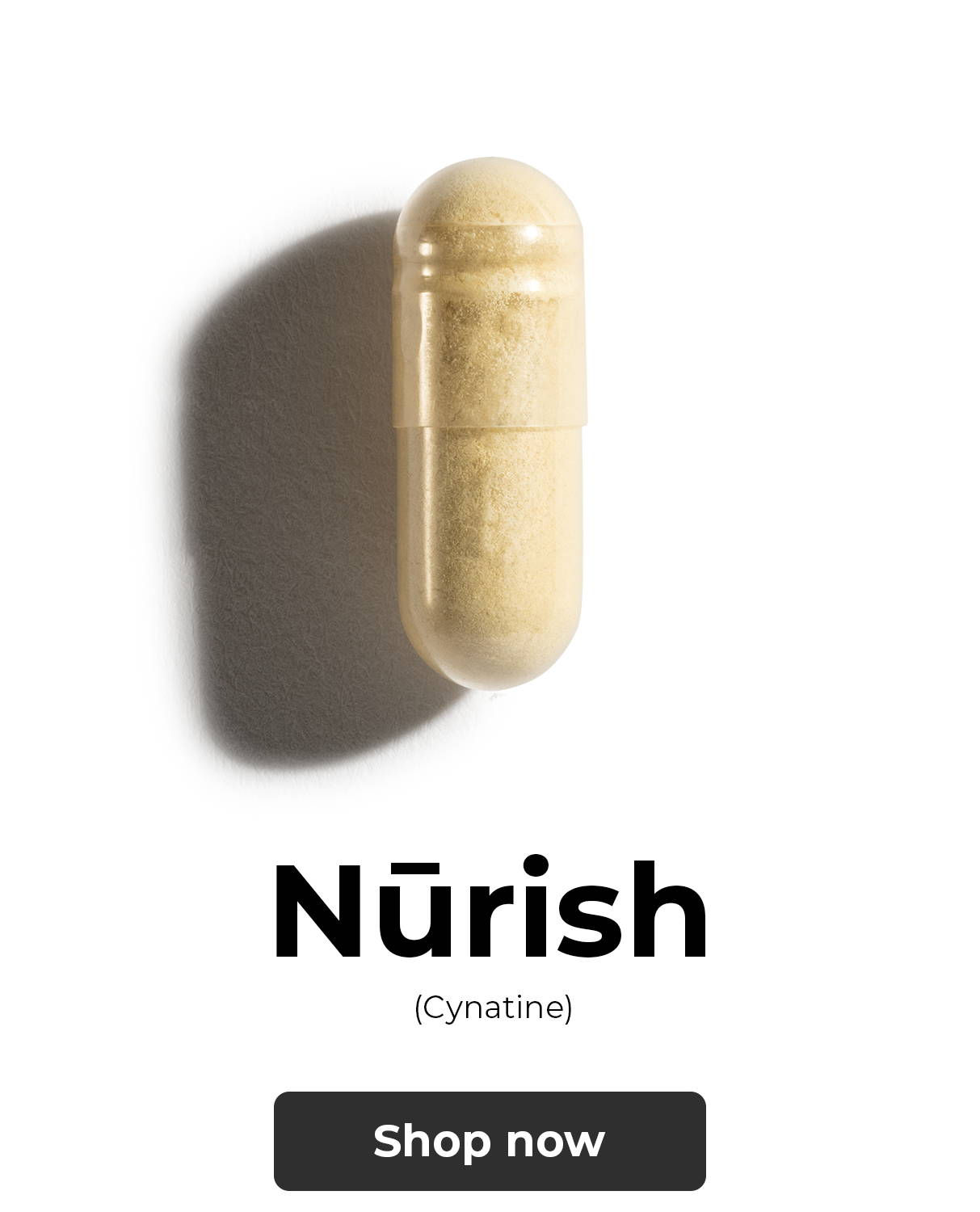 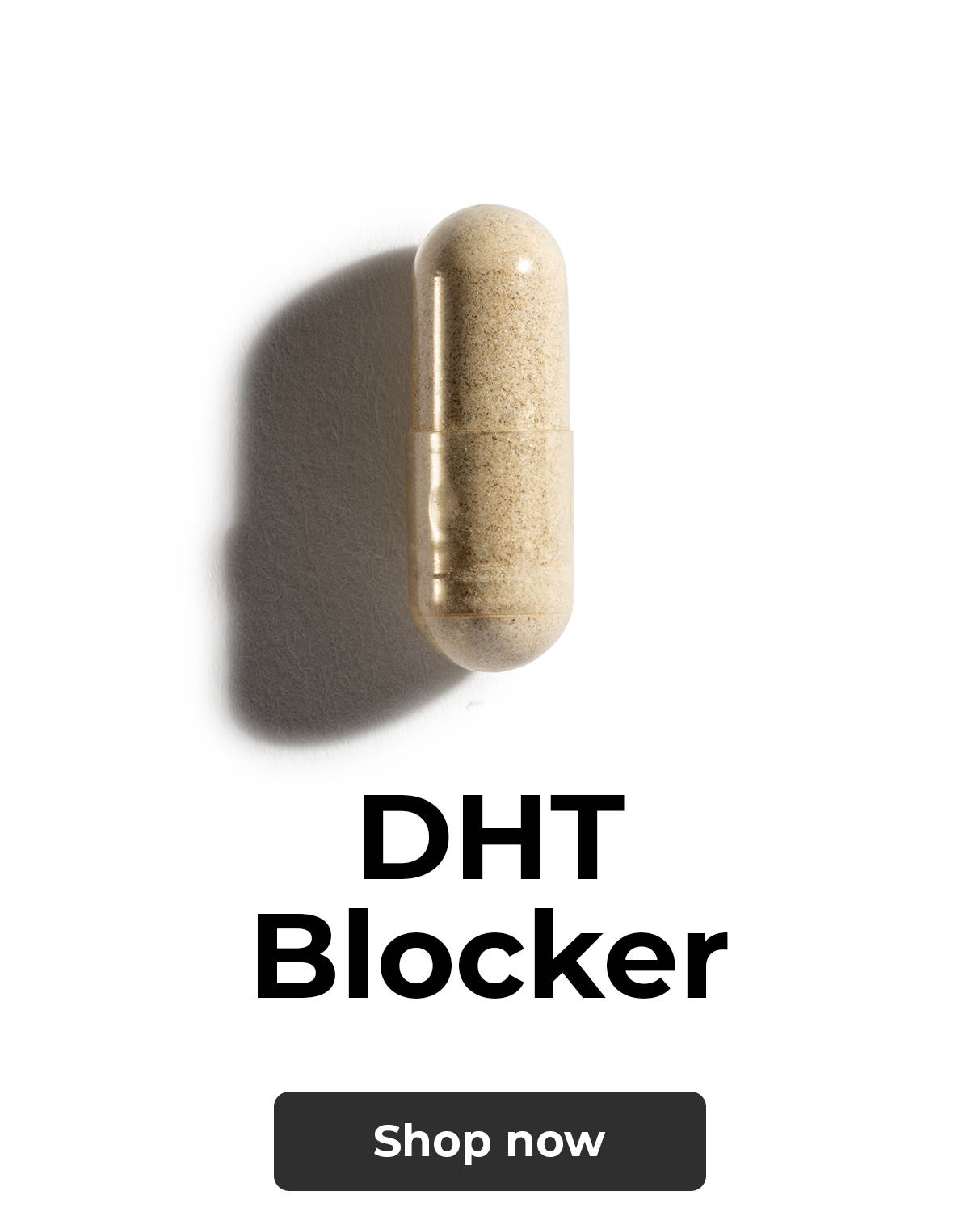